Mersey gives up the 150th trout

After a forty five minute drive to the Meander River this morning (6:45am) only to find the river bottom full of green cotton like algae, it wasn't worth putting the gear on to fish the area so headed back to chase the Mersey River trout. By the time I reached my entry point in the Mersey River it was 8:55 am, not the early start I had originally planned. I started the spin session off in the same area that I've fished on my last couple of trips here, mainly because it's been giving up a few trout on those trips, so while the iron's hot stick with it. The river level was down marginally since my last spin session which was good, the river bottom was still it's usual slimy, slippery self though. The first stretch of fast water I fished with the #1 Aglia Furia was the one that's given up several rainbows, today it didn't give a yelp, not a single touch from a trout.

I moved into the next stretch of water, another one that has given up a few small browns and rainbows, same thing happened here, not a sign of a trout.The next water I fished was a small pocket I was about to fish and hadn't given up trout each time I've fished it, it was here I decided to try the small homemade brown trout hard body lure, the same little one that picked up a few trout on my last trip here. The first cast into it the little lure was smashed by a beautiful rainbow, this fish ran every which way and with so much shallow fast water around me it took quite some time to get it under my control.

Finally it was tired and I had it in the net, it weighed 480 grams and was in top condition. The following water I moved to was very similar to the one I had just caught the rainbow trout in, the only difference was it was a little longer and deeper near the high river bank. The same thing happened here on the first cast as well, it was fish on, the only difference was that it was a solid brown that took the little hard body lure. Another battle with this fish took place before I had it under control and in the landing net, this brown wasn't as big as the rainbow, this fish only weighed 385 grams, like the rainbow it too was in top condition.

On the second cast into the same piece of water I was onto a solid rainbow, sadly it tossed the lure on the first leap from the river. Having three hook ups with two trout caught and released in seven minutes I felt I was in for another good spin session here.From there I moved into the wide slower flowing water that had some nice deep water along the opposite side of the river and that's where I concentrated working the lure. That deep run of water never gave up a fish nor did I even see one in the twenty minutes spent fishing it. It wasn't until I had reached the head water when I had another rainbow take the hard body lure, it was another decent size fish too that went 460 grams. I was now heading into the fast water runs so it was back to the Mepps # Aglia Furia to do some cast and drift spin fishing. It did take a while but eventually I did catch a small brown, one that I lured from a flat water close to the opposite side of the river. I was happy once I landed this little 280 gram brown because it was my 150th trout of the 2020/21 trout season.

After it's release then the following fast water I hooked and lost two small rainbows and they were the last hookups I had for the rest of the spin session. After fishing on for another thirty five minutes without a sign of a trout I pulled the pin and headed back to the car, I did have a few casts in a small stream on the way to the car where I managed a couple of follows but no takers. With four trout caught and released from seven hookups was okay, I would sooner have had seven trout from the seven hookups, but that's trout fishing for you. Catching my 150th trout was good though, another fifty to go before the end of December would be a nice way to end the year. 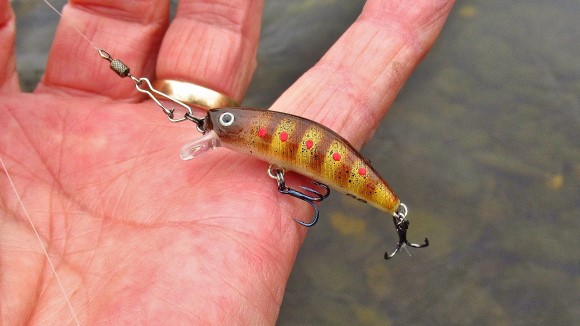 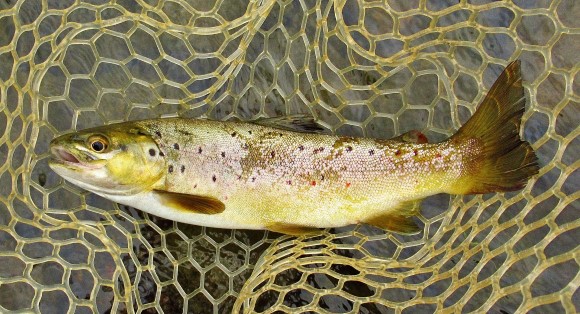 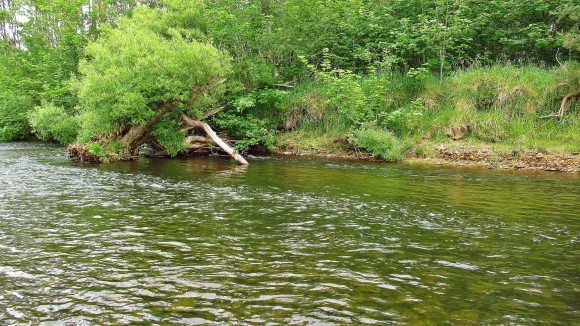 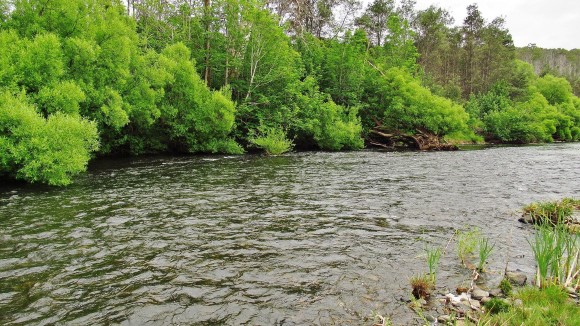 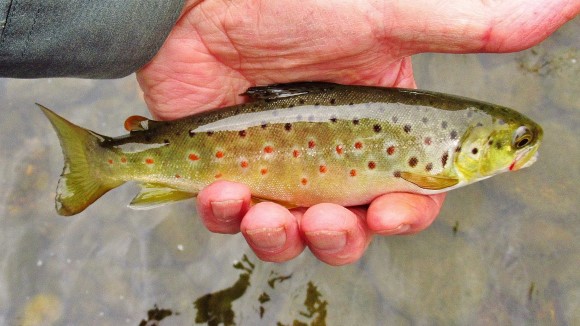 Small brown No 150 for the season 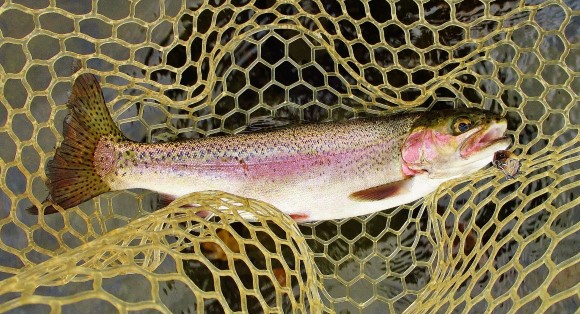