Mike Stevens rang last night and invited me to join him for a trip down to St Helens today, "plenty of big Australian Salmon about, we should have a bit of fun" ......were his words. That was an understatement.

As soon as we arrived, we spotted a lone dolphin belting the water into a lather as it twisted and turned itself into all sorts of weird angles.. all the time seemingly chasing something big.
Upon closer inspection we soon saw that it's target species was the same as ours,..... Salmon.
Looking into the water we spotted a school going past our boat, quickly casting our lines in the direction they were heading, within seconds we had a double hook up.
Remember, this was  with our very first casts of the day!!!
From then on it was almost "too easy" as we hooked up on fish after fish, using light trout gear and six pound tippet.
Most of the fish were around the 5 pound mark, so they gave the drag on the reel, "along with our arms",... a workout and a half.
As salmon are not great freezing fish , we killed and bled five keepers for tea.. and put the rest back.
We also managed a nice sized Trevally whist casting to the Salmon as well, so that was an unexpected bonus.
Mike then pulled out the fly rod and had some great sport.
The St Marys pass is back in action, so my advice to anyone who finds themselves with a spare day this week (along with a good weather forecast), is to grab the light trout gear, some Yep Smoke Clouds with a 1/8th jighead  (that was the only soft plastic we needed to use), and head to Georges Bay.

Regards to all,
President Todd 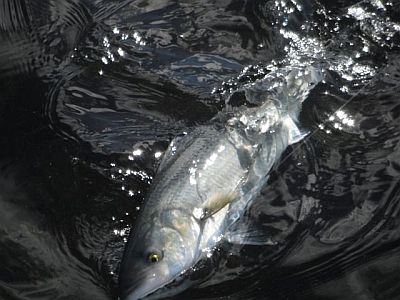 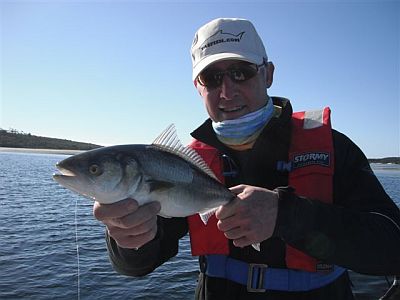 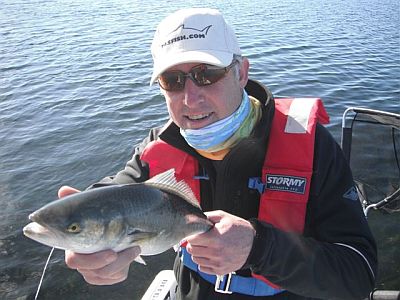