Selwyn and myself went to Arthurs Lakes on Saturday. We left home late after waiting for the weather to settle. I made the decision to make it only a day trip as the forecast was lousy.
We arrived at the Pumphouse ramp around 1:00pm, to see plenty of trailers in the car park. We  thought this looks good, the wind was out of the north around 5-10 knots and overcast with sunny patches and a small chop to the water.
We went straight to Phantom bay as it would be reasonably sheltered, which it was.
There was a couple of other boats there as well, they were bait fishing .
I landed the first fish about 10 minutes after setting the lines..... thought this is promising.
Jamie came along and said they had only two for the morning run. We reckoned he was having a lend of us.
We continued on fishing the bay as there were plenty of fish showing on the sounder mostly in 18-20 feet of water, down in the weed.
We didn't get another bite or strike in the afternoon.
We went right up in the shelter of the tree line, changed our gear for soft plastics, threw the drogue over and started drifting casting plastics.
Eddy was complaining about not getting anything as the average for plastics is said to be a fish every third cast, 20 minutes later he had a hook up. The fish gave a short fight, he reckoned it was time to leave then as it was my turn. A fish hit and stuck into the net, it was not a bad one .
We came back up the plot, drifted down, I managed two more both in reasonable condition.  The fish came on the chew just as the weather changed, thunder, light rain. Then it was all over red rover - no more.
It was around 8:00pm and we made the decision to call it quits so into the ramp and loaded on up to the camp area but it was full with standing room only.
We weighed in our catch and had a yarn with our fellow members who were all saying how hard the days fishing had been.
With thunder and lighting around we left for home arriving as the lightning started to light up the sky at 11:30 pm.
We thought we  had a reasonable trip going on the weights and numbers in the book. Also we were surprised at who had missed out on fish.
See you all on the water sometime. 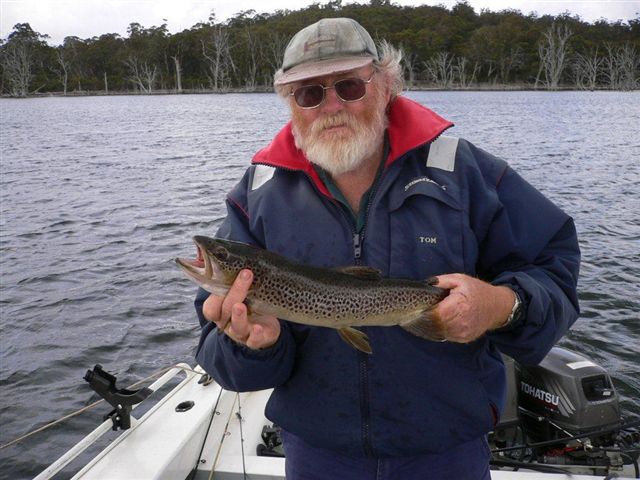