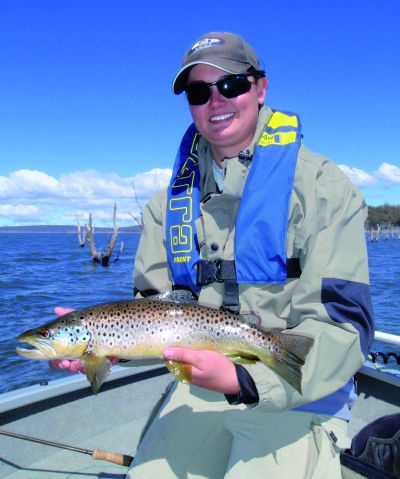 When it comes to brown trout fishing, as Tasmanians, we are spoilt for choice. As a whole we have a lake fishery for wild brown trout that is unparalleled, fish that are plentiful, that come in many size ranges depending on the lake you care to angle and fish that can come to the fly with ease or at times be as challenging as going five rounds with Daniel Geale.


Arthurs Lake has recently been affected by low water levels, but the wettest winter for many years has seen the water re-possess famous areas like the Cowpaddock Bay, and lesser known hot spots like Jones and Fleming bays. All but dry 12 months ago these areas are now flush with water again and brown trout are returning to them. As the season progresses and insect activity begins to peak in these shallower bays we will see them reclaim their former glory. Regarded as premier loch style and dry fly areas, the shallow bays around Arthurs Lake are ready to once again provide exciting and visual top of the water fly fishing.

A large water with 6 to 8 metres of depth around the Sand Lake, Morass and Pumphouse bays, Arthurs provides plenty of fish holding areas, and despite the recent low water levels the brown trout have not suffered a noticeable loss of condition. More than anything the lessened pressure on Arthurs resulted in some awesome fishing last season. Large bags of up to 20 fish for a morning were the norm, wet fly fishing over known weed beds predominately accounted for most of these fish which were holding areas of water that were deeper in previous years, but the low water levels made these fish more accessible. 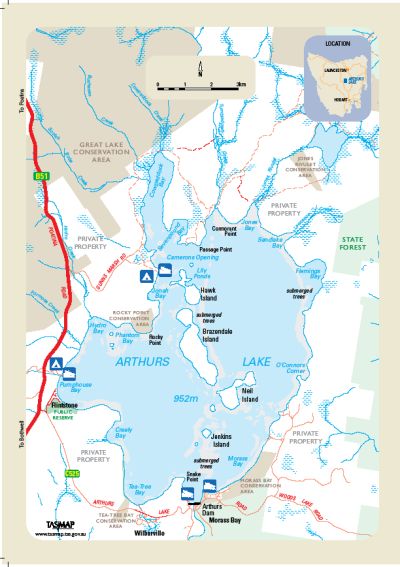 As November moves towards December the mayfly dun hatch is underway and black spinners are showing around sheltered shores on bright warmer days and trout start looking to the surface for food. Don’t expect the duns to be thick in the shallower bays this year, I expect this will take a year or so for the nymphs to re-populate the shallow bays as the weed beds regrow, however the nymphs are still in the deeper water and will continue to move into shallow areas and subsequently take their risky swim to the surface to hatch. Look to the outer areas of bays where they drop back into deep water for the thicker hatches. These areas will provide activity during the dun hatch, and depending on the wind, the duns could be funnelling out into foam lines over deeper water or up into shallow bays where they will still collect on mass. 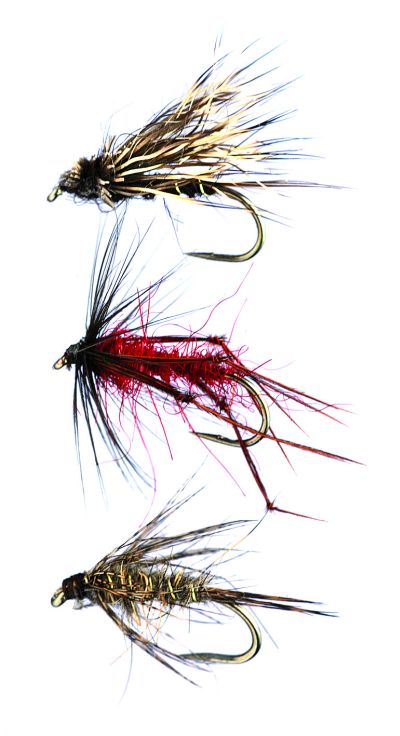 Fishing a static mayfly pattern is an enjoyable and successful way to fly fish, the level of success you can achieve with this method is almost directly related to the conditions you are fishing on the day. On calmer days when you can see fish moving being able to put the dry fly in front of a rising brown static dry flies are super effective. On a windy day or where there are millions of duns on the water, something is needed to make your imitative offering stand out and that is movement.

I’ll take an indulgence into one of the more memorable sessions of fly fishing I’ve experienced because it is to the point with regard to moving the fly. I was poking around Arthurs Lake one day in Tumbledown Creek Bay looking for a dun hatch. There weather was heavily overcast and a few duns were popping up here and there, but not much was happening. I moved over to the entrance to Jones bay just as lightning and thunder began to strike and a sudden heavy downpour hit the northern end of the lake. I put the tinnie to shore and picked what I thought was the lesser evil, huddling under a tree, rather than being in a metal boat on water holding a graphite lightning conductor, until the lightning passed. The wind dropped out and the rain, thunder and lightning eased so I returned to the boat and moved into Jones Bay in humid overcast still conditions. When I got into the bay I saw a massive dun hatch in a glass calm bay. There were literally thousands of duns all hatching through the surface in a flat calm in humid conditions. These duns were stuck on the water as their wings weren’t drying in a hurry and every trout in Jones Bay was making the most of it. There were browns of all sizes up to 4½ lb with their snouts out of the water chomping duns in zig zag patterns all through the bay. At first I threw static duns in front of the trout with little success, there were simply too many duns on the water. A change to and English hopper and two soft hackled wets slowly drawn across the moving trout soon turned the tables. The slowly moving fly in the surface was irresistible to these fish, a trigger to get their attention and to take advantage of their gluttony resulting in them taking the fly quite aggressively, purely because it was going to get away. The take from these trout was so exciting I got to the point of hooking a fish, then turning on the electric and heading towards the next one, not really worrying whether I ended up landed the one I just hooked or not. The action lasted for just on an hour and saw 13 browns up to 4½ lb landed in that time and probably a similar number lost, it is still the best session of fly fishing in a mayfly emergence I’ve ever experienced.

Back to the point, when the wind is blowing on the water and duns are on the surface, they are not static , their wings are up sail boat fashion and they are gently being pushed by the wind. A static dun imitation sitting on the surface is anchored by a leader and fly line and is not moving. Slowly pulling the fly and imparting a bit of gentle movement can get the attention of rising trout and be a real trigger for a take. Some patterns are better than others for this style of fishing, patterns with stiff thick hackles that stand the fly high in the water or parachute hackles are best suited to static dry fly fishing and this is their niche. Flies such as English Hoppers, Elk Hair Emergers, and soft hackled wets are ideal for moving as their thinner softer hackles and general form lend them to being moved.

Arthurs Lake presents opportunities of all sorts and one of the real attractions is the ability to poke around and find fish in all weather conditions. Brighter warm weather will see gum beetle and other terrestrial falls. Most of the shore around Arthurs is lined with Eucalyptus trees, they provide protection from the wind and food on the wing in the form of beetles and leaf hoppers. Some of the best dry fly fishing is located downwind from large strands of trees on these days, the sand lake and the morass area are top locations, especially as beetles drift out into deeper water. Foam lines carry the food and fish are up in the surface. Much like the revered ‘shark’ fishing on Great Lake, big browns can been seen up from deep water on blue sky days during hot northerly wind seeking out the beetles.

If the beetles aren’t falling en masse, or the wind is light, poke around the shore line a bit more, again concentrating on where the beetles are likely to fall. Fish among the dead, drowned trees close to shore as there are usually trout looking for black spinners and beetles along the shore. It is amazing how you can stumble across a localised fall of food onto the water with trout up and feeding if you pay attention to the subtleties of the wind, and weather.

One pastime time I used to enjoy (but rarely find time to do these days) was a quick drive up to Arthurs for an evening with a good mate, leaving Launceston at 4 pm and being on the lake fishing before 6 pm. There is no shortage of midge hatches, caddis hatches and spinner falls of an evening around the shore lines of the lake. If things are not happening with dry flies, pulling wets near the surface with a floating line just on dark in a nice ripple or wave nearly always results in action.

There are formal boat ramps at Jonah Bay, Pump House Bay, the dam wall and a less formal ramp around at the Morass, this makes accessibility to the whole of Arthurs Lake quite easy. If the wind decides to blow hard, there is always a piece of sheltered shore that can be accessed on Arthurs Lake. With a massive head of fish, recently reclaimed bays full of water and a bit less pressure due to other lakes like Woods fishing well, Arthurs Lake is still firing and offering plenty as probably the best all round fly fishery in Tasmania. 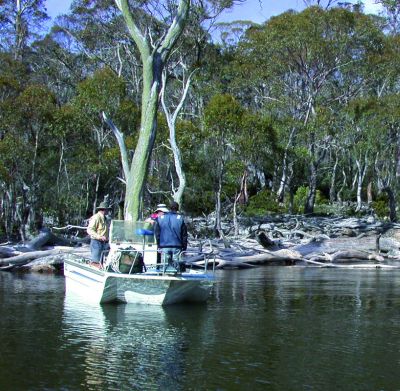