I had the weekend off and decided to go for a fish at St Helens. Saturday was reasonable so we decided to head out to the shelf to see if we could catch some Stripy Trumpeter and Blue Eye Trevalla out at the shelf. Well that idea was quashed when I discovered that I had left the power leads for the electric reels in the car. The conditions were far from ideal for bottom fishing so we decided to have a troll to see if there were any Tuna about and were pleasantly surprised. There were some good sized Albacore caught and we ended up having a brilliant day.
It’s worth noting that most Fisho’s give up on St. Helens way too early and the fish are there for a lot longer than most expect. If the weather is reasonable for the long weekend that is coming up it would be well worth a try.
A couple of customers had a trip to Pedra Branca last weekend and braved fairly ordinary conditions. There were plenty of fish there as well as plenty of seals that decided to gang tackle some of the Tuna that they hooked up. Despite the seals they still came home with a good feed of fish.
The weather is looking good for the weekend with light winds forecast so it will be a good time for a look on the West Coast. Many will target stripy Trumpeter but it will also be worth keeping an eye open as there is a good chance there will be Tuna about. We caught some good ones there last year.
We had a report of some good sized flathead being caught in the Sisters Beach area. They were caught in reasonably shallow water not far from shore. It was also great to hear that some of the bigger breeding fish were returned. The other area worth a look is Stanley. One of our customers had a great trip there recently and landed a good haul of Flathead and Gummy Shark.
Australian Salmon are still around in good numbers. There was a big school out from Penguin last weekend and there are still plenty being caught at Midway point. The thing with Salmon is you have to be in the right place at the right time so it’s worth persisting, because when a school comes through, it’s when you are going to catch fish.
We are still hearing report’s of Snapper being caught so they are still around. If you’re going to catch them you need to target them. Some burley will be an advantage as will small chunks of fish. This will bring them to the area where you are fishing. Try using Black Magic Snapper Snatcher rigs or Instinct Flasher rigs with some squid as bait.
Gadget of the week:
Pakula original Uzi Tuna Skirts. We have just received some more of these and are very excited with the “Gold Yakka” which will be a good representation of Red Bait. $14.95 at Tackleworld and Outdoor Burnie. 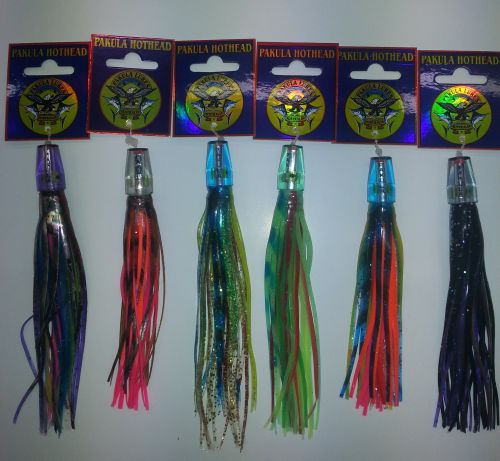 Winner of Photo Competition for April is Noah Lambert.
Call into Tackleword and Outdoor Burnie to collect your $50 Gift Voucher 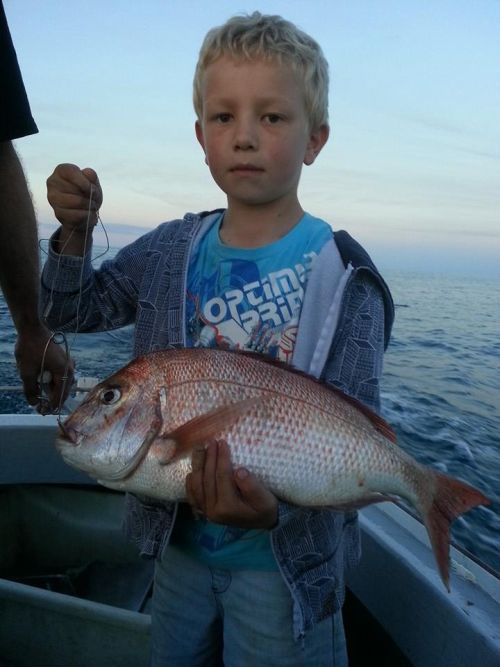 This week’s Photo:
James Howard with a nice Albacore that he caught at St. Helens on the weekend. 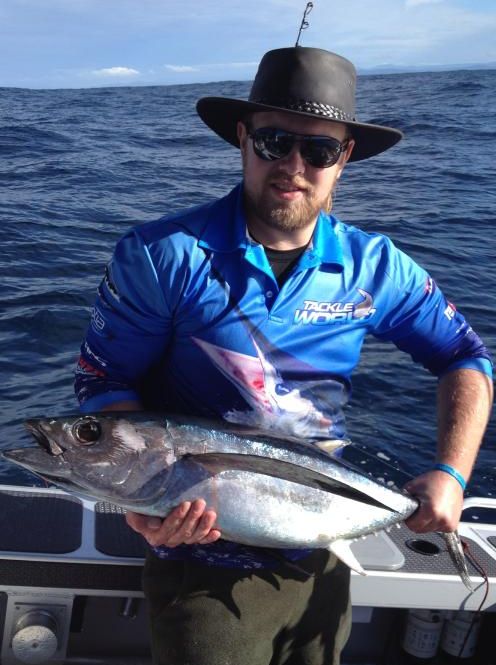