I mentioned that the West Coast was the place to be last weekend and the prophecy turned out to be correct. There have been numerous reports of good catches of Stripy Trumpeter and there were also some Bluefin Tuna caught just out from Strahan. It’s good to see them there, as it is a much shorter drive to the West Coast than to Eaglehawk Neck. There are however less opportunities due to the Wild West coast weather. If the weather allows it would be well worth a look.
There were a number of fisho’s from the coast who took the opportunity to head to the far South to Southport to fish at Pedra Branca. I was fortunate enough to be included. We had a great trip as the weather was kind, the scenery spectacular and to top it off we came home with a feed of Stripy Trumpeter and Bluefin Tuna.
Brushy lagoon has been a popular destination for freshwater fisho’s. The IFS released 400 Atlantic Salmon that had been donated by Petuna Seafoods last week. There were some big salmon in the mix  with the size ranging from three to eight kilograms. It seems there were plenty caught on Friday but Saturday and Sunday seemed to be less productive. This is a great initiative to stock waters that are close to population centres as is provides some good fishing in the off season.
Australian Salmon are always a target species through the winter months because they are abundant and great fun to catch. Netley Bay and Sinking Rock are a popular and usually productive destination. We have had a number of reports of some good fish being caught on surface poppers. There is plenty of opportunity to catch these fish closer to home. Give the mouths of the: Leven, Mersey, Blyth, Emu & Forth rivers a try as well as places like Sisters Beach, Boat Harbour and Port Sorell a try. Red Rock at Cooee has also been a good spot recently. Silver Slice type lures are a fairly standard way to catch them but they also react well to soft plastics and saltwater flies.
There have been a few Gummy Shark being caught, so they are worth targeting. You can successfully fish for them from the beach and the best times are usually after it gets dark. A burley cage near the sinker will help attract them.
Gadget of the week:
Tackleworld 20 litre Bucket with a lid. These buckets are a great accessory for any fishing trip. $19.95 at Tackleworld and Outdoor Burnie. 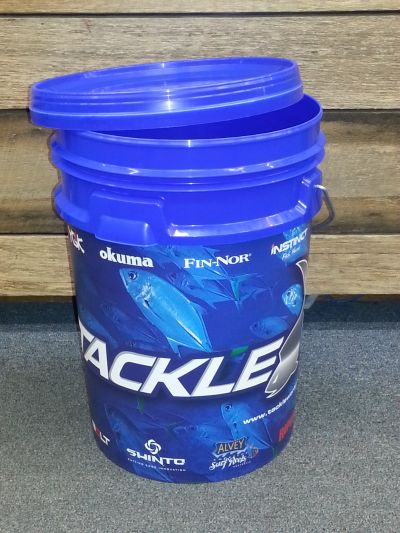 Photos.
Brian Broomhall and Frank Pfab  with a couple of fish that they caught on the West Coast last weekend. Needless to say Frank was more excited about his Stripy Trumpeter than Brian was with his Gurnard. 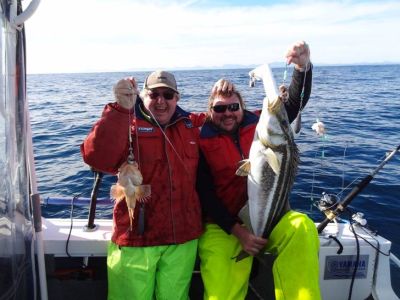 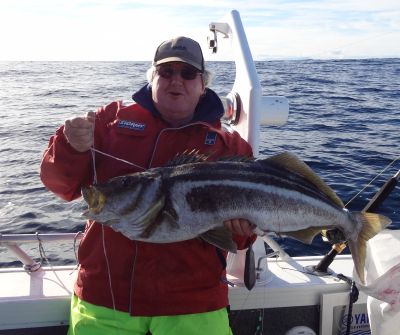 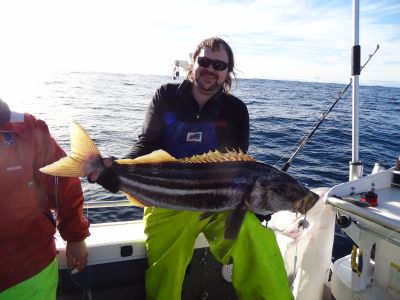 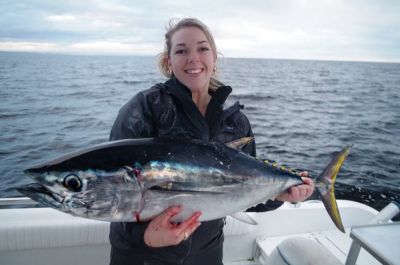