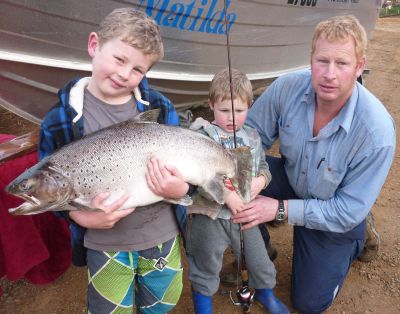 There are a lot of anglers from the Burnie area looking forward to this weekend as it is the Burnie Show holiday on Friday and many use it as a start of their fishing up in the highlands. The weather can be changeable but it is generally when things start to get a bit warmer and Trout fishing starts to fire.

The road from Lake Augusta to the nineteen lagoons area is now open so there is easy access to the area. It’s one of the premium Trout fishing locations in the state and I expect there will be a few folk from Burnie there on Friday. The IFS have advised that to road is better condition than the past few years and they have requested that anglers stick to the speed limit to keep the road in good condition.

Lake Crescent has been giving up some big fish and there have been a number of anglers from the coast fishing there. If you are going there don’t be afraid to use fairly big lures around 10cm as the galaxias the trout feed on are this size and bigger. This is a trophy fish water and is one where you can reasonably expect a double figure fish. There is a good story regarding Lake Crescent coming up in the next edition of Tasmanian Fishing and Boating news which will be out very soon.

The whitebait season opened yesterday which has been eagerly anticipated by many. If you want to catch whitebait you need to purchase a separate whitebait licence. If you are caught there are hefty fines and I am informed that the IFS officers will be out and about enforcing the regulations.

Sea Run Trout are being caught along the coast and some of the West Coast Rivers are starting to produce some good fish. The Arthur and Pieman rivers have been giving up a few good fish. If you expect to go there and fill your bag you are going to be sadly disappointed as they can be hard to catch but you never know when that big one will come along.

Calamari Squid are now being caught all along the coast with reports coming in all the way from Circular Head to the Tamar. October is a great month for Squid fishing and there is plenty of scope for catching them from the shore. Give Sisters Beach, Doctors Rocks, Port Sorell boat ramp and the Bluff at Devonport are some easily accessible places to try.

Gadget of the week: 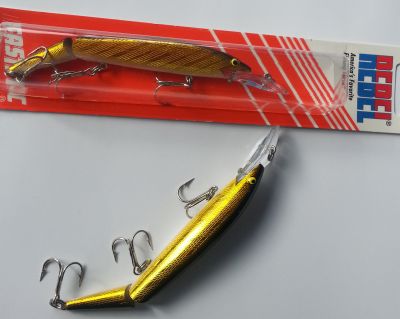 We found some of these old favourites at a trade show recently and they are a great lure for the West Coast Rivers. $19.95ea at Tackleworld and Outdoor Burnie.

Noah (7), Charlie (3) holding the 16.5lb fish of a lifetime that there dad Shane Ranson caught last week on the West Coast