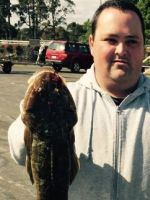 There is plenty happening in the world of fishing at the moment. The lake Burbury Fishing competition is on again this weekend and it is sure to attract a good number of anglers from around the state. The rivers are well worth a look and trout are starting to feed off the top. With the weather looking reasonable for the weekend I am sure there will be anglers out trying to catch Squid, Flathead and Gummy Shark.

If you are keen to have a fish in one of the coastal rivers the Inglis, Leven or Mersey are three of the main destinations. You can also grab an angler’s access brochure from a tackle store, for the Mersey and Leven rivers to help decide where to go. Small floating bibbed lures, blade lures such as celtas and soft plastics are all lures that will catch fish. Fly fishers should try flies such as Royal Wulfs, Red Tags and Adams patterns. There are plenty of alternatives.

The highland lakes are starting to fire up as although the fishing is still a bit inconsistent. If you can be in the right place at the right time you will have plenty of opportunity to catch trout. One of the standout water in the highlands at the moment is Woods Lake and there are some well conditioned fish being caught. Little lake and Gunn Lake are also worth a look.

Lake Kara has been the place to be over the past week as IFS released 300 Atlantic Salmon last Friday. The word is that there are still plenty to be caught and they are great condition.

Calamari Squid are still being caught at Doctors Rocks and Sisters Beach. There are also a few being caught at Emu Bay off the boat ramp at Burnie. Other places to try are mouth of the Mersey, Don Heads and Port Sorell.

There are a few Flathead around along the coast mixed with a lot of Gurnard. Most anglers throw Gurnard back but they are a reasonable fish to eat if you manage to catch a good sized one. Simply take a fillet off each side and cook.
The Game Fishing Club of Northern Tasmania will be holding an Information night on the 26th November commencing 6:30pm at the Mersey Yacht Club Devonport. The information night is for those anglers who are currently involved or wish to find out more information on game fishing Members of the club will present information on Sounders, Knots and Leaders, Mako Fishing, Skirts and Lures, Knots, Wind on Leaders, Lure Rigging, Juniors Anglers and much more. There will be lucky door prizes which includes a day’s Mako Fishing on Sir Tease also a Penn Squall 50, a Bluewater Carnage Rod. Entry is free and we hope to attract as many anglers as possible. Please contact President Jason Ivory Ph: 0409 262 406 for any further information.

Photo: Joshua Richardson with a 650mm Flathead that he caught at Table Cape 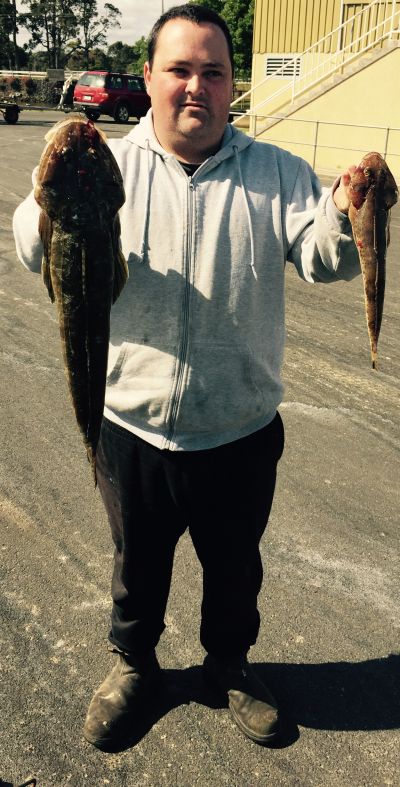