Dull cool overcast weather with rain due around midday saw me heading to a small tannin water this morning for a spin session. Over the past three days we had just on 15 mms of rain, most of which soaked into the ground, the water level did rise a little bit which was enough to turn the trout on. I didn't walk down stream as far as I usually do because I wanted to end the spin session further upstream than where I normally finish fishing on other trips.

The conditions were ideal and I was feeling pretty confident today, mainly because I checked my diary yesterday and found the tannin water fished well this time last season. Like my last trip to the tannin water I started the session off with the #00 Mepps Aglia Mouche Noire copper blade spinner, it only took ten minutes before I had my first small brown caught then released. Knowing the trout won't be large fish didn't bother me, just catching a few and enjoying my time in the river is always good enough.. It was a little quiet over the next couple of stretches of water where I hooked and lost a couple more little browns. The fishing slowly picked up and I caught another four browns over the next hour as well as losing three others.

I was back to where I finished up last week so now I'm into new water that I haven't fished so far this trout season. It only took a couple of casts into a tight area of water when I had a small brown take the little Aglia spinner. The next stretch of water was very shallow where I drew the attention of a little brown that had a couple of nips at the spinner before darting off.. The following short run I had another hit and miss so I decided I'd give a #00 gold black fury spinner a go on the trout. A twenty five foot cast directly upstream into a narrow two foot wide piece of water that had tea trees on one side & reeds on the other, resulted in a solid brown taking the black fury no sooner it had hit the water. The following stretch of water I hooked & landed another small brown then had a few light hit and misses in the next two shorts runs of water. I went for another change of lure, this time it was a #00 gold Aglia and that little lure picked up a couple more browns in pretty quick time before the trout only started tapping at it. Another change of lure, it was back to the copper Aglia Mouche again.

The wind had picked up and it was starting to rain, the change of weather had arrived. Even though the rain wasn't heavy it was enough to start making me a little on the damp side. I kept fishing my way upstream picking up a trout here and there before I called it a day at 12:30 PM. I had been in the stream since 8:10am and was starting to feel a little tired & damp. On my walk back to the car I had to cross the tannin water one more time so I had a quick flick upstream and picked up my last trout of the day. It was like most of the trout today, a little wild brown. Though the trout were all small to medium size fish it was still a top day spent chasing them with the Mepps spinners. Today was also my best catch for this season with seventeen trout caught & released. I went home feeling very satisfied on how the day finished, even better all three different Mepps lures used today all caught fish. 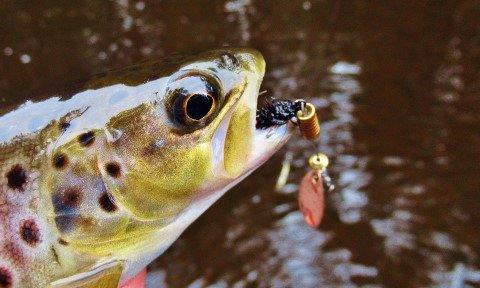 Another brown falls to the copper spinner 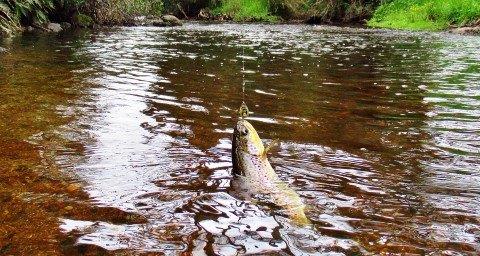 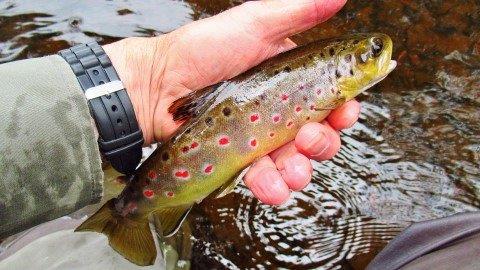 Nice brown about to be released 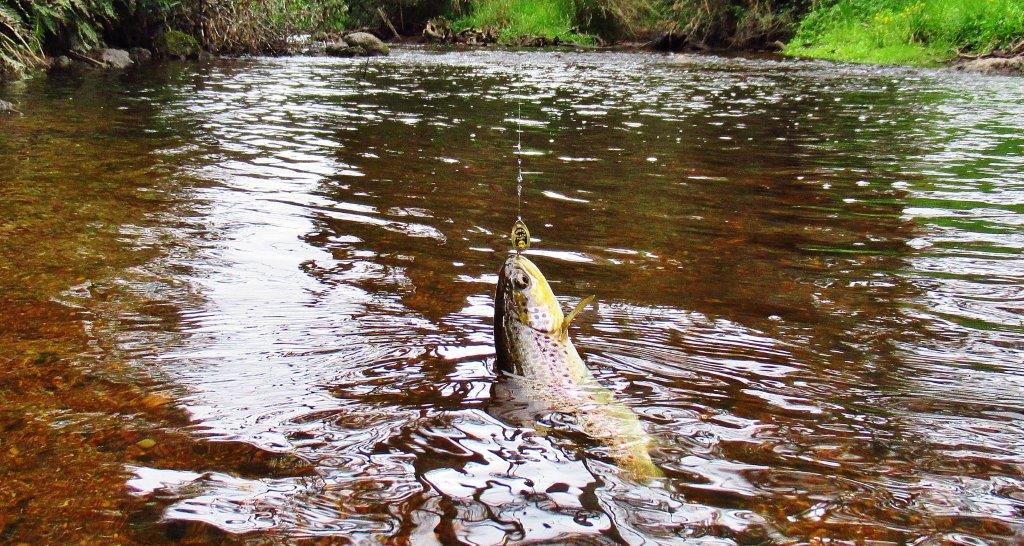 One of several caught and released 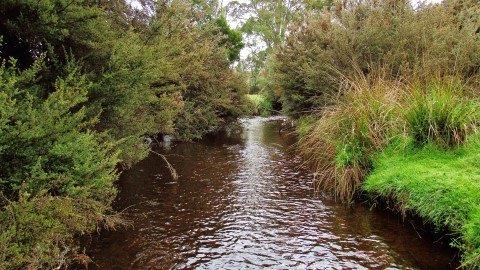 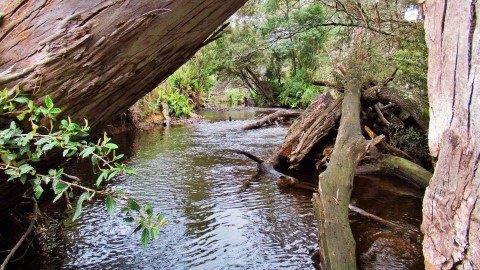 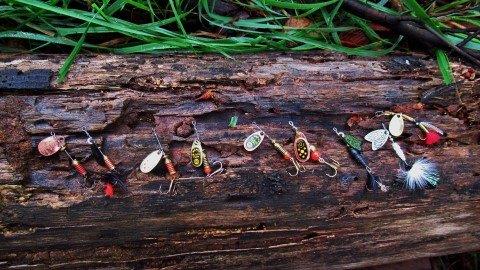 Variety of lures for small streams and creeks