Kermandie River makes a come back

This waterway is found in the Southern region of the Island in and around the town of Geeveston. It has two main sources that originate from Rileys Creek reservoir constructed for the purpose of the town's water supply and the Kermandie river itself from below the falls.

Rileys Creek Reservoir which is supposed to contain good numbers of Brown and a few Brook Trout having been placed there by the IFC in the late eighties controls the flow of the creek its self where as the Kermandie River is unimpeded.

The Kermandie River which is listed in Greg French's book Trout Fishing in Tasmania as being over grown with willows and blackberries has recently been given a face lift so to speak. Just before the major flooding that occurred in February of this year a team of Huon Skillshare Participants enrolled in the New Work Opportunities Program set about to eradicate the offending willows in and along the river.

This Program which was funded by the Commonwealth Government through the Department of Education, Employment, Training and Youth Affairs continued on after the flooding only to clear the willows and other undesirable species but also to replant and rehabilitate certain sections of the river. At the same time the Huon Valley Council along with Forestry Tasmania set about to rid the river of remaining willows.

A local and very enthusiastic Landcare group has now taken over the task of "˜on going; maintenance and further improvements to this very under rated river system.

Although the Kermandie River does not allow the entry of sea run Trout due to a weir which was constructed at the river mouth for the use of an industry once operating at Whale Point located close by. As it is no longer being used it is hoped that with the help of the IFC that a fish ladder can be installed in the near future, hopefully this year. Presently the river seems to hold a large population of Browns with the occasional Brookie turning up.

The Browns range in size with many fish weighing in at 0.5 kg although many fish in the 2-3 Ib (old speak) size are not at all uncommon. Fish of the 508 lb range have also been observed on recent occasions. Most of the river is wade-able and contains a shingle and rock bottom.

Fishing with Celta type of lures has proven to be very successful and there are now many very good locations to wave the long wand (ie, fly rod). Regular hatches of spinners have been observed right through to late June this year. So far to date all the hard work put into rehabilitating this system appears to have been very beneficial in helping to save yet another river that was being chocked to an eventual death by the dreaded willow invasion that has effected and degraded so many of our waterways.

The Kermandie River is now far more accessible and deserves serious consideration and a good look at not only from the anglers prospective, but also to see what can be achieved with some funding, expertise and pure "˜hands on"yakka. 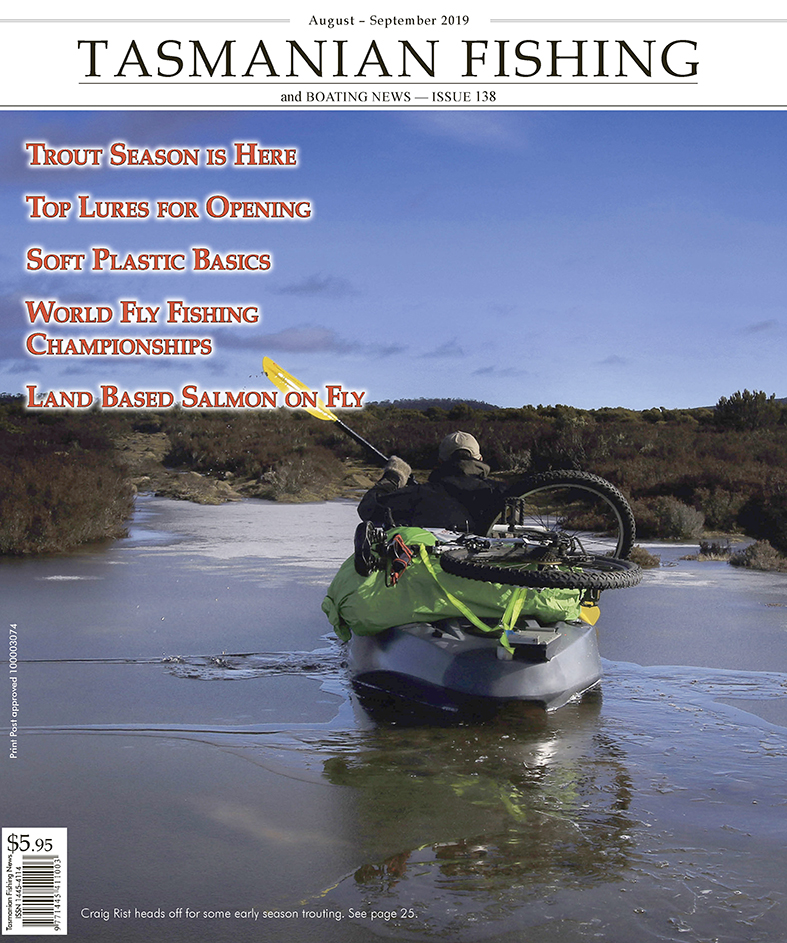