I had a call late last week from a commercial fisherman who was out off Marrawah and saw some huge schools of Bluefin Tuna. He said he had never seen them in the area in those numbers in all his years of fishing. A few fisho’s headed to the far North West over the weekend and reported one boat caught 10 and another 4. This is great news and we hope they continue turning up every year.
Eaglehawk Neck is still going well and there are plenty of Tuna there to be caught. Generally, the rougher days where there is a bit if chop on the water, are the best for catching them.
There was another Broadbill Swordfish caught out off St. Helens on the weekend. The Fisho who caught it has been working on them for a long time and is starting to reap the rewards of research, persistence and trial and error.
There have been plenty of Stripy Trumpeter being caught off the West Coast and there have been some thumpers amongst them. If the conditions allow it’s well worth the trip.
Big schools of Australian Salmon were seen out off Penguin, Sulphur Creek and Blackmans Reef at Burnie, over the weekend. Port Sorell was another good spot. There were a large number of boats out, taking advantage of the calm conditions and it looked like there were a good number of fish caught. One of our female customers took her kayak out and fished near the breakwall and caught a few nice salmon. It’s great to see more ladies having a go at fishing in what has been a largely male pastime. We hear many anecdotes where ladies out fish the boy’s.
Montague and Stanley were popular and there were Gummy Shark, Flathead and Calamari Squid caught. If you are thinking of having a trip to Montague you need to have a reliable seaworthy boat because the tides that run in that area are very strong and it’s not the place to be out with substandard gear. Just west of Stanley was a productive spot for one party who caught some good sized flathead and a couple of good Gummy Shark.
There were reports from Strahan that there are good numbers of escapee Atlantic Salmon in Macquarie harbour. Net’s are the preferred way to catch these fish but they will take lures and can be a lot of fun.
Gadget of the week:
Jetboil Flash Cooking System.
If you like a hot drink when you are out in the boat or down at the beach fishing this is the ideal solution. Safely boils 500ml of water in just 2.5 minutes and is virtually unaffected by wind. Check them out at Tackleworld and Outdoor. 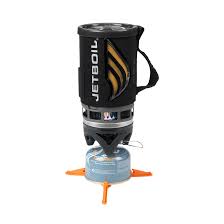 Photos:
Brian Broomhall “The Tuna King” with a Bluefin Tuna that he caught on the West Coast recently. 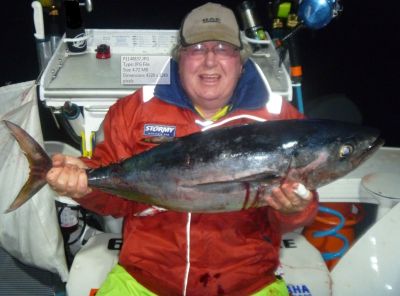