The first month of the trout season 2019

The first month of the brown trout season has started very well with excellent fishing reports coming from around the state.

In the south, the River Derwent is producing some lovely resident and sea run trout after a high water event in late August. Lure anglers seem to be making the most of this estuary fishing although not much whitebait has been seen. The Tyenna River has also fished well and is always a consistent performer for all forms of fishing at this time of year when water levels permit. Large fish were caught at Rostrevor Lagoon during the opening weeks and this should continue with the rain that is forecast.

On the east coast, Tooms Lake and Lake Leake are very low but should receive and boat anglers must be mindful of submerged logs and stumps. With a large easterly weather pattern hitting the state, these lakes could be the pick of the waters when levels rise. Expect bigger than average fish and plenty of them.

In the highlands, fly anglers have enjoyed good wet fly fishing at Penstock and Little Pine lagoons from the boat and shore. Water levels have been high and the cold weather has meant a slow retrieve is necessary. Woods Lake has been a popular destination and with water levels increasing steadily (after starting the season very low), fish should move on shore soon. Arthurs Lake has not received much angling pressure so far but good sized fish have been reported by those fishing soft plastics deep or casting hard bodied lures around rocks. Trollers on Lake Echo have reported good numbers of fish in the northern half of the lake. Lake echo is rising quickly.

The western lakes have proven to be fruitful for those willing to walk from the boom gate at Lake Augusta. Some fish have been foraging around the edges while lure casters have done well with shallow runners. If you plan on a trip into this area, make sure you dress for cold weather. Lake Crescent has given up a few fish close to the ten pound mark and fishing in this lake should peak in the next month or two.

In the north and north east, river levels have been low allowing fishermen to get good nymph fishing and at times, dry fly fishing. The St Patricks, and Great Forrester rivers were excellent during August but could take some time to settle after the rain. The South Esk River has also been very low and allowed access to water that is normally unfishable during August. The fish here have been fat and on the look out for worms. The coming rain should produce some backwater fishing. Waterhouse and Blackmans lagoons have fished well to those willing to be persistent. Both rainbows and browns seem to be putting weight on at these lakes that are very exposed to the elements. A recent IFS survey was completed on Curries River Reservoir and a brief report can be found by clicking here. At its current low level, the fish seem to be very accessible to shore anglers using flies, lures or bait and many anglers have reported catching a few fish each trip.

Heading towards the north west, the Meander River is always a little slow to get going and this year has been no different. The Mersey River has fished well in the lower reaches with slightly discoloured water helping lure anglers. It won’t be long before whitebait turns up in the Mersey and Forth rivers which can bring about some of the most exciting fishing all season. For those wanting to catch whitebait the season opens on 1 October and closes on 11 November. Be sure to purchase your licences from our web site.

Further west, Talbots Lagoon will be worth fishing soon with water having risen after a low start to the season. Some lovely fish have been landed in the lagoon but the next few months will provide more opportunities. Lake Burbury is a picture of consistency for lure anglers who had a very good winter catching a lot of fish. This will only improve further as the weather warms. Closer to the coast, whitebait have been seen coming out of trout’s mouths as hooks are removed and fish released. Again, weather and high water have made it difficult to get reliable fishing but when conditions suit, this area is certainly worth a visit.

September should bring more wonderful fishing as we are blessed with so many opportunities and locations across the state. There has never been a better time to buy a licence and go fishing, no matter where you live or what your preferred method. 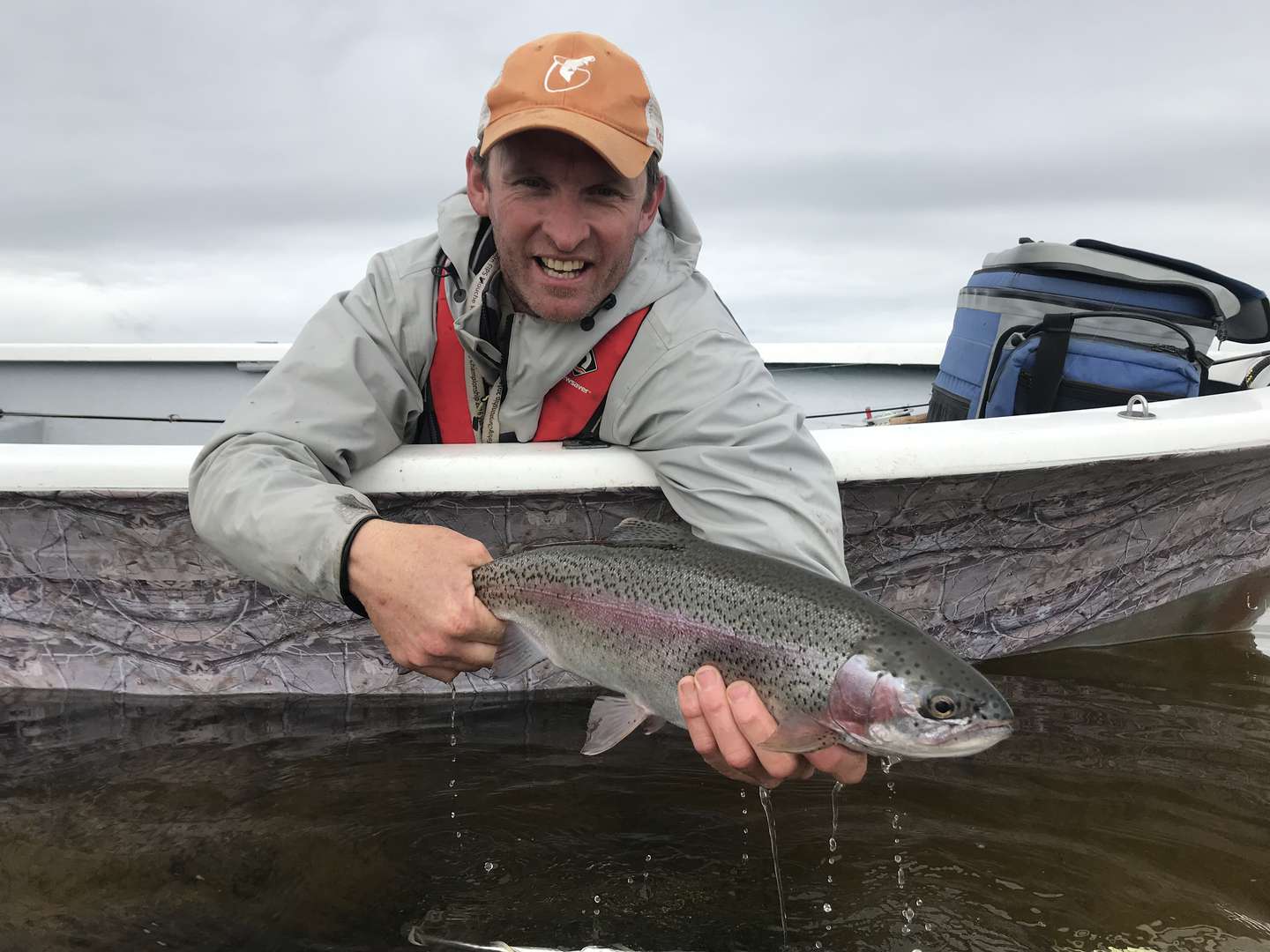 Lagoons in the Waterhouse area are producing some great fish.