Seeing it's the last day of the 2017-18 trout season I headed back to the Leven River to finish off what's been a reasonably good trout season for me and maybe add a few more trout to my seasons tally. As I got closer to Gunns Plains I noticed there was a large layer of fog running along the whole length of the river so it won't be all that warm once I get there. With no wind it will still be nice in the river and hopefully there will be a few trout in the area I'm fishing today below & above Marshall's Bridge. It wasn't very long before I was there and headed of for a five to six hundred meter walk downstream where I would hop in the river and slowly fish my way back upstream. It was quite weird walking in the thick fog and the only sounds I heard was from several birds singing, magpies warbling and of course a few cows bellowing away every so often.

Once in the river I started casting the GagaGoon lure up and across the river, a slow retrieve while at the same time giving it a light twitch. It was less than five minutes when I had my first trout of the morning take the lure and after a short tussle it was soon in the net. It was a little 300 gram brown, even though it was small it was a start and that's all that mattered. Twenty minutes later I was still on the count of one fish caught for the morning, the fishing here was very slow. The fog was starting to lift as the sun got higher & the air slowly became a little warmer. It wasn't until I had reached the water just below the bridge when I caught two medium size trout in just four casts. Trout fishing often amazes me, you can catch a trout not long after hitting the water then nothing over the next five hundred meters until you suddenly pick up two fish in quick time. Other days it's quite the opposite when they're on the take in every stretch of water, this is why I love trout fishing the rivers. Each day fishing a river is a challenge whether it be chasing trout, what lure/fly to use or just trying to stand upright in a slippery and rocky river.

All that aside I was now into the next stretch of river on the other side of the bridge, it was here I picked up another brown, a well conditioned brown that went 480 grams. A little further up I came to a deep stretch of water on the bend of the river, I had a follow from a medium size brown that seemed more curious in the lure than taking it. It slowly turned and moved back to were it came from. I decided to bypass the rest of the deep water and fish a nice wide stretch of slow/medium flowing tail water that really looked fishy, well to me it did any way. I was casting up and across the river when something caught my eye just to the right of me. When I first spotted it it looked like a large piece of a tree branch sitting on the bottom from a distance. Then I noticed it moved, it was a trout & I couldn't believe the size of this fish that I had now set my sights on. I have to have a crack at this fish I said to myself while thinking all the time it probably won't have a go at what ever I throw at it.

I thought it best to try a bigger lure in the odd chance that may do the trick. I went for one of the half price ($6-95) lures I picked up from MO-Tackle several weeks ago which was a Panikku JB50 lightweight suspending lure in a colour called ghostly brown, a lure made by Austackle. Once I had changed the lure and looked back to where I had spotted that brown it had gone, where to I had no idea. I had a feeling it may have moved closer towards the river bank to my right where there was a small bubble line. It required a twenty meter cast to get the lure close to an old log that was next to the river bank, that's right where I lobbed it. I had just turned the reel handle once when there was an almighty splash and my line when taught so fast it caught me by surprise.

I had actually lobbed the lure right where that large brown had move to and I couldn't believe the size of it as it leapt from the river, it was massive.. A little bit of panic sort of set in, I said to myself no way will the this 4 lb mono line hold out with this massive fish as it darted downstream into a faster run of water. I calmed myself down quite fast as I knew I was a good enough trout fisherman to get the better of this brown, it wasn't going to beat me today. Then I remembered I still had the small net attached to my vest which meant my only choice was to tire this fish out and slowly ease it to the river bank which now looked like it was a mile away. To make matters worse this fish did a few crocodile rolls which wrapped the 450mm 6 lb trace around the fish & the main line was now some six inches back from it's head. It's now fighting me side on which is not making it any easier to play this fish, I just have to be patient and let it tire itself while giving it as much line as possible. Ten minutes had past when it finally slowed down and I slowly made my way to the river bank at the same time trying not to make any sudden moves to set it off into a rage.

Once I had it in a couple of inches of water it was more or less grounded I gripped it by the tail and slowly eased it onto the river bank. A few quick photos while it laid very still and pretty exhausted I then laid it into the small next and managed to weigh it with the digital scales. I nearly fell back in the river when I saw them set at 4.15 kilos which made the trout 3.85 kgs (8lb 8 ozs) after deducting the 300gm net wt.. This was the best trout I have ever caught in any river over my 53 years of trout fishing. It took me just on five minutes to get the brown back to a good enough state before letting it sit in the shallows then watched it slowly move off into deeper water. Once it had reached the deeper water it moved off quickly towards the opposite side of the river, it had recovered and all was good.. I called it a day then and there as I thought there was no better way to end the 2017-18 brown trout season than now.. I never thought for a minute I would better my catch in this river after catching and releasing the 2.45 kg brown of day days ago & now I've smashed that on the very next trip to the same river. I'm still going over it in my head today as I wrote this report, it's a day that I will remember for a very long time.. So my season ended with just the five browns caught and released which took my seasons catch to 648 trout, one I'm very happy with too.. Now I'll give the body a rest and get it right for the 2018-19 season when it all starts over again.. 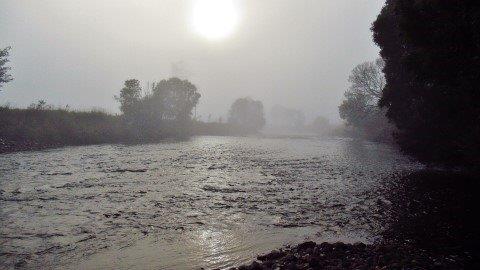 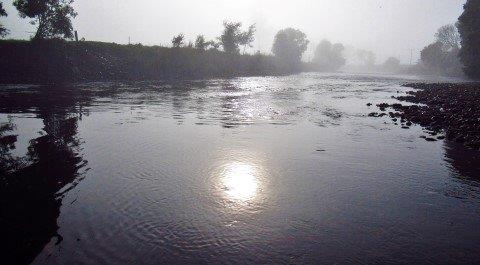 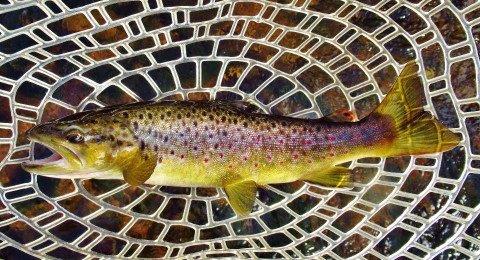 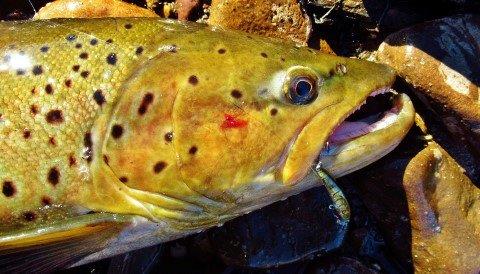 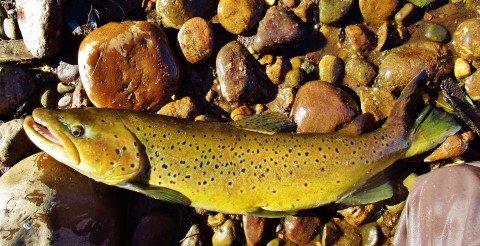 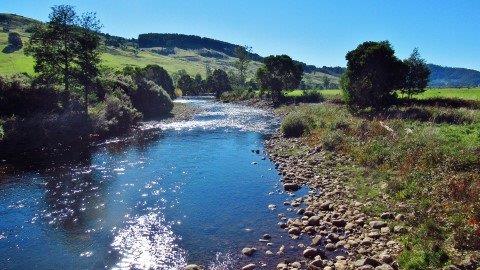