Well, another trout season has come to an end and for me it was one that had quite a few ups and downs in the rivers which had a lot to do with the weather conditions. At the start of the 2021/22 trout season I set myself a target of 500 trout and thankfully I did manage to reach it on the 18th April, I went on to end the season with a total of 536 trout caught in 90 trips, of which four were kept due to gill damage. The three large rivers I fished were the Mersey, Meander and Leven all of which had some problems with them. The Meander & Leven were two that had a lot of green cotton like algae on the river bottom on each and every trip I had to them. The Mersey River was the worst river of all, not only was the river bottom in poor condition with it being full of silt and slime on the rocky river bottom, it was the water weeds that made fishing a waste of time in the upper reaches in and around Weegena. Wading & fishing in the river when it's full of water weeds was near impossible in several stretches of the river, long strands of weed wrapped around one's legs while heading upstream and it was much worse when the water level was low. As for the trout in the three large rivers my catches were mainly small to medium size fish with the odd large fish being far and few between, only twenty three trout of the 341 trout caught in the Mersey, Meander were over the five hundred gram mark. The three trips I had to River Leven, the biggest trout out of the twenty six fish caught went 460 grams, though I did lose a couple of trout that would have been in the five hundred gram plus range. The small tannin waters I fished were down in fish numbers this season for some reason, in thirty one trips I caught and released 119 trout compared to last season's thirty two trips for 197 trout being caught and released. I feel low water levels may have had a lot to do with it throughout the trout season. The other small river I fished (on private property) nine times during the season was the Dasher, that small river gave up 48 trout all of which were very small fish, the best weighing in at 350 grams. Western Creek was a short spin session that I had on the way home where I caught and released two small browns in very low water.

There were a few highlights and memorable moments during the season, firstly was catching my 11,000th wild Tasmanian trout since moving here back in March 2000. It was caught on the 14th January in one of my favourite small tannin waters. As much as I would have liked it to be a large fish, it wasn't to be, it was a medium 370 gram brown trout and another milestone in my years of trout fishing rivers and streams. The Meander River was a river that gave up two of my best trout caught in it for quite some time too, the first one being a 1.4 kilo brown that was caught on the 4th January, the next solid brown caught in the Meander River was on the 11th April, that fish weighed 1.25 kilos. Both trout, like all the trout I catch, were released for another day. Another highlight was the brown trout that I caught on the 14th April in the Mersey River, it was one that took me by surprise, a beautiful male brown trout that tipped the scales at 2.2 kilos. It's been at least twelve years since I've caught one in the two kilo range, it was also the biggest trout caught for the 2021/22 season. My best number of trout caught during a spin session was in the Meander River when I caught 21 browns on the 1st January, other trips to the Meander also gave up several double figure catches of 20, 19, 16 & 15 trout plus a few more in the lower double numbers. Reaching the 500 target that I set myself at the start of the season was also a highlight and to finish above last season's total catch (501 trout) topped off what was a reasonably good season for me.

** Below are my stats for the rivers & streams I fished throughout the 2021/22 trout season.

My best trout of the season, a 2.2 kg Mersey River brown trout.

Here's my stats since moving down to Tasmania back in March 2000. The first 4 years were a little on the low side (catch rate) due to me getting to know the rivers and where I could get in and fish them. After that and getting to know several farmers, land owners and the purchase of a better pair of waders the fishing really went up from there on. Having access to many more sections of rivers and wading them really opened up some great fishing seasons for me from then on that's for sure. 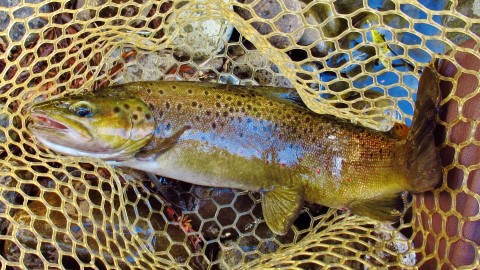 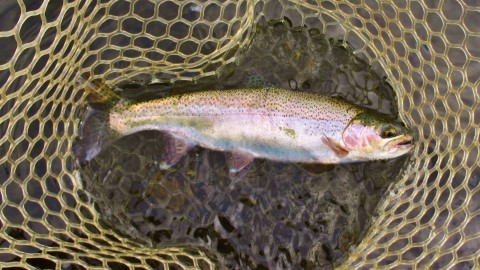 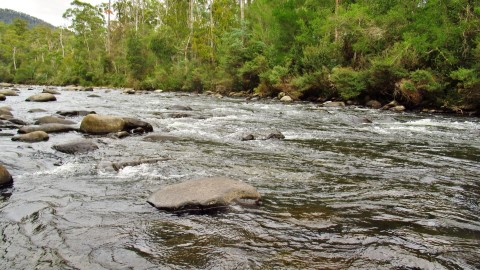 Every trout is well earned in these waters 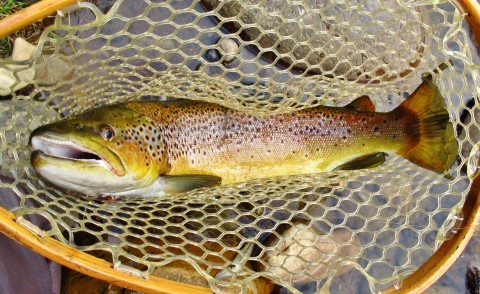 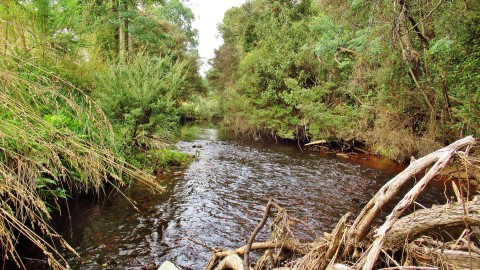 No margin for error when casting a lure here 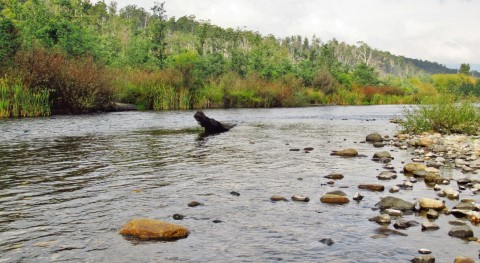